Connectivity in the right midfrontal gyrus may help predict placebo response, according to a study published on October 27 in PLOS Biology.1 This finding has widespread implications in drug development, as it may help optimize the way clinical trials are conducted, as well as contribute to the design of individualized pain treatments.

Using resting-state functional magnetic resonance imaging (fMRI) brain connectivity, researchers were able to predict placebo response in patients with 95% accuracy. This study is among the first to identify a brain area that may predict future placebo-corrected drug responses, the authors noted.

“Given that the placebo effect in pain is so large, understanding the biological mechanisms is now a big focus for research. In fact, the placebo effect in pain is so significant, that drug companies are finding it hard to beat them,” study senior author Marwan Baliki, PhD, a research scientist at the Rehabilitation Institute of Chicago, and an assistant professor of physical medicine and rehabilitation at Northwestern University Feinberg School of Medicine, told Clinical Pain Advisor.

“Our study shows that the brain plays a key role in whether patients will respond to placebo or any other drug that acts on the central nervous system. These allow doctors to recommend therapies specifically tailored to each patient based on their brain properties, thus moving away from a trial and error approach to a more evidence-based one,” he added.

The scientists used fMRI, along with a standard clinical trial design (ClinicalTrials.gov Identifier: NCT02903238) to identify a biomarker that would predict analgesia associated with placebo treatment in patients with chronic knee osteoarthritis (OA) pain.

The authors categorized participants in studies 1 and 2 as either placebo responders (47%) or non-responders, and identified 4 brain regions that showed distinct activation patterns for these 2 groups. The highest significant difference between the 2 groups was found for the right midfrontal gyrus (r-MFG; P <.001).

The authors did not observe a correlation between functional connectivity-based degree counts in the r-MFG and visual analog scale before treatment, a relationship which reversed following placebo administration. A similar pattern was observed for the Western Ontario and McMaster Universities Osteoarthritis Index (WOMAC).

Study 2 was designed to validate these findings. The authors wrote that r-MFG degree counts for OA participants were significantly higher in those who received placebo vs duloxetine (P =.0001), and differentiated between responders and non-responders to placebo, with 95% accuracy.

“Connectivity between the r-MFG and the rest of the brain at resting state appears to qualitatively and quantitatively predict clinical placebo responses,” Jianguo Cheng, MD, PhD, a professor of anesthesiology, Director of the Cleveland Clinic’s Multidisciplinary Pain Medicine Fellowship Program in Cleveland, Ohio, and Vice President for Scientific Affairs of the American Academy of Pain Medicine, who was not an author of the paper, told Clinical Pain Advisor.

The r-MFG predicted pain relief for placebo pills, but not for active medication, Dr Baliki said. “These results suggest that different analgesics may have their unique brain hotspots,” he  added.

“We need to replicate the results in larger populations and investigate whether the brain region identified in this study also predicts the placebo response for other types of chronic pain like back pain, etc. Also, performing similar studies with different active treatments [will] allow us to identify their unique brain biomarkers and therefore design more efficacious treatments.”

Researchers for the first time were able to identify a brain area underlying the placebo response in pain.

These findings may help target pain medicines to an individual’s brain response, as well as design more accurate clinical trials for pain drugs, by excluding participants who respond to placebo treatment. 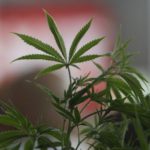