Mesocorticolimbic pathways are associated with reward processing and cognitive control, and therefore, dysconnectivity may be responsible for social amotivation. There is a significant association between altered mesocorticolimbic pathway connectivity and social amotivation among individuals with schizophrenia, according to a study recently published in Schizophrenia Research.

This study included 84 individuals with schizophrenia or schizoaffective disorder. The relationship between substantia nigra/ventral tegmental area (SN/VTA)-seeded intrinsic connectivity and social amotivation was examined, with resting-state functional magnetic resonance imaging used to examine the former and the Positive and Negative Syndrome Scale used to estimate the latter. Multiple linear regression on the whole brain was used to examine the associations between SN/VTA and social amotivation, with social amotivation scores used as the predictor and brain connectivity used for the dependent variable.

The mean social amotivation score was 6.39±2.66. Midbrain dopaminergic regions showed spontaneous variations that were positively correlated with prefrontal and striatal variations. Independently of positive and/or depressive symptoms, a negative association existed between social amotivation and functional connectivity between the midbrain SN/VTA and the temporoparietal junction, lateral and medial prefrontal cortex, and the ventral and dorsal striatum. This indicated that greater levels of social amotivation were associated with reduced functional connectivity among these regions of the brain.

Limitations to this study included the use of a social amotivation factor in the Positive and Negative Syndrome Scale, a lack of molecular imaging, differences in antipsychotic treatments (although the pattern of results remained in the robustness analysis), and the potential confounding effect of substance use.

The study researchers, “report neuroimaging evidence that diminished intrinsic connections within mesocorticolimbic circuits might underlie the lack of initiative and motivation in schizophrenia. Hypo-connectivity of the dopaminergic midbrain with the brain systems involved in reward, social and executive control may be related to social amotivation in people with schizophrenia, especially for patients on atypical medication. These findings may inspire further development of treatment approaches that enhance reward sensitivity and behavioral activation.”

This study received funding from ERC and Netherlands Organisation for Scientific Research. 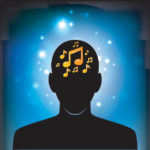 Effects of Music on Symptoms of Schizophrenia