Although evidence of inhibitory control and working memory impairments support the role of sleep deprivation as a state model system of psychosis, a lack of evidence showing differences between the cognitive performance of low and high schizotypy subjects do not support the role of schizotypy as a trait model system of psychosis, according to a study published in Psychiatry Research.

Investigators sought to validate the use of schizotypy and sleep deprivation as model systems of psychosis by examining their relation to cognitive biomarkers of schizophrenia and their combined effects on cognitive function. Healthy study subjects with low (n=19) and high (n=17) levels of schizotypy were asked to perform a battery of cognitive tests after a night of normal sleep and after 24 hours of sleep deprivation. Cognitive tasks were each analyzed separately using effect sizes for analyses of variance (ANOVA), which were estimated using partial eta-squared. Inferential statistical analyses were calculated to a significance of P <.05.

When compared to scores after a night of normal sleep, response inhibition performance after sleep deprivation revealed a higher rate of error as measured by the go/nogo task (F=14.06; P =.001, ηp²=0.30). Scores on the n-back test for working memory showed a higher rate of correct responses after a night of normal sleep compared with scores after sleep deprivation (F=5.54; P =.03; ηp²=0.14). No differences in performance on any tests were found between the low and high schizotypy groups or in the interactions of group combined with sleep condition.

Although these findings could be seen to support viewing sleep deprivation as a state model of psychosis, it should be noted that impairments in response inhibition and working memory are also found in a number of other disorders, such as obsessive-compulsive disorder and attention-deficit/hyperactivity disorder. However, these conditions are not as strongly associated with circadian rhythm and sleep-wake disturbances as schizophrenia.

Study investigators concluded that the findings do not confirm the validity of using “schizotypy as a trait model system of psychosis with regards to cognitive biomarkers. Nevertheless, the idea of studying highly schizotypal individuals to better understand the pathophysiology of psychosis should not be rejected out of hand. We suggest that this hypothesis should be evaluated further by assessing more basal biomarkers of schizophrenia…” 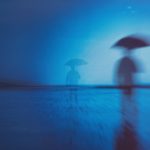 Vulnerability to Psychosocial Disability in Psychosis