The antipsychotic agent clozapine is underutilized in patients with continuous, complex psychosis, due in part to the medication being prescribed late in the disease course. In fact, data on pharmacologic interventions in patients who exhibit only a partial or a minimal response to clozapine are lacking. To better refine diagnosis and management, a retrospective analysis of real-word clinical outcomes from all consecutive admissions to the National Psychosis Service (NPS) at the South London and Maudsley National Health Service Foundation Trust in the United Kingdom, was conducted. Results of the study were published in The Journal of Clinical Psychiatry.

Data derived from 2 pooled data sets, which comprised a total of 325 medical records dated from 2001 through 2016, were examined for treatment trajectories between hospital admission and discharge. The effectiveness of pharmacotherapy was established based on a change in symptoms, according to the Operational Criteria (OPCRIT) system, which was applied retrospectively to the medical records. The investigators sought to focus their study on identifying the optimal medication regimens that effect patient clinical status during hospitalization.

Results of this study demonstrated that approximately 33% of patients who are treated with antipsychotic agents other than clozapine do not attain a favorable therapeutic response. The change in mean total OPCRIT score in the entire sample was statistically significant from hospital admission to discharge (0.52 to 0.29, respectively; P <.0001), representing a reduction of 44.2%. The largest “medication journey group” comprised patients who were admitted without being on clozapine therapy and were discharged on clozapine treatment (n=136, representing 41.8% of the sample and a 47.9% change in total OPCRIT score). Among these individuals, 61.8% (84 of 136) of them experienced augmentation of clozapine with another antipsychotic agent at discharge.

Advantages of the NPS include the fact that it offers a holistic approach to the varied range of issues reported among patients with complex psychoses, including an active psychology treatment package that is delivered by experienced cognitive-behavioral therapies, a comprehensive occupational therapy program, and pharmacologic management by academic consultant psychiatrists. Mental health nurses, physicians in specialist training, specialist mental health pharmacists, and a social worker are also part of the team.

The investigators concluded that even though many individuals with longer-term, complex refractory psychiatric disorders do respond to clozapine therapy, with appropriate augmentation strategies used when necessary, optimization of clozapine treatment should be sought prior to declaring clinical resistance to the agent. In specific situations, augmentation of clozapine with aripiprazole might be considered for the control of metabolic dysregulation. 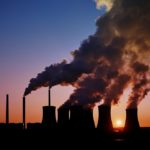 Association Between Nitrogen Dioxide and Schizophrenia Only Slightly Confounded