A longer duration of untreated psychosis is associated with an accelerated loss of hippocampal volume during the initial treatment of first-episode psychosis, according to a recent study published in JAMA Psychiatry.

The current study sought to determine if reduction in brain volume occurs early in treatment and whether it is associated with duration of untreated psychosis, by measuring hippocampal volumetric integrity of medication-naive patients experiencing their first episode of psychosis before and after initial antipsychotic treatments.

To make up a healthy control group, 73 individuals matched in age, sex, and education level who were also psychotropic medication-naive were recruited through advertisements. All study participants had completed 9 or more years of school and were between 16 and 40, right-handed, and without suicidal ideation or substance abuse. All participants received MRIs at baseline, and a total of 31 participants with first-episode psychosis and 32 control participants completed the study by undergoing assessment and imaging again 8 weeks later.

Study limitations include the 56% dropout rate of participants with first-episode psychosis, which could have led to higher ratings of symptom severity due to the larger number of hospitalized patients who completed the study. The homogenous study sample in regard to ethnicity/race and substance abuse may mean the results would not necessarily apply to more diverse populations. Also, without a placebo control, study investigators could not determine if hippocampal volumetric integrity reduction resulted from medication effect, illness progression, or both. 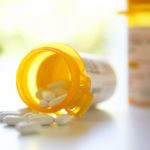