Researchers found a degree of specificity in the associations between different forms of childhood adversity and adverse psychosis outcomes, including service utilization and substance dependence, following first contact with mental health services for psychosis, according to a study published in Psychiatry Research.

Previous studies have linked childhood adversity to the presence of psychotic disorders and risk for psychosis onset. The investigators of this study explored the relationships between 6 different types of childhood adversity and long-term clinical and social outcomes of first-episode psychosis patients during a 5-year follow-up period.

Limitations of the study included potential systematic bias due to nonrandom attrition during the follow-up period and variation in quality and completeness of reported information. Furthermore, inaccuracies in classification may have occurred during periods when patients were not in contact with mental health services. Retrospective accounts of childhood adversity could be vulnerable to bias; other forms of childhood adversity that may have been associated with psychotic outcomes were left out of the study.

This study was supported by the Maudsley Charitable Fund, the Institute of Psychiatry, Psychology & Neuroscience at King’s College London, and the UK National Institute of Health Research. See source for full list of authors’ disclosures. 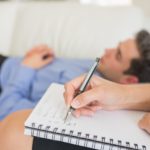