Patients with schizophrenia who are prescribed potent dopamine D₂ receptor antagonists often increase smoking and experience difficulty quitting. Possibly, this is due to a mechanism of these medications to reduce the reward-enhancing effect of nicotine, according to a study published in Schizophrenia Bulletin.

Some limitations of this study include the naturalistic characterization of medications vs randomly assigning medications to control for group covariates, only using smoking as a nicotine measure and not direct administration of nicotine, and a relatively short abstinence period as a pre-smoking time frame given a longer half-life of nicotine.

The researchers concluded a clinical implication of these findings indicate “when considering the use of a potent [dopamine] D₂ receptor antagonist for a patient with schizophrenia who smokes, it may be beneficial to implement concurrent efforts aimed at minimizing increases in smoking behavior.” 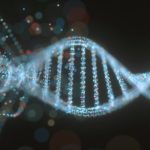