Focusing on self-care activities remains an unmet need in persons with schizophrenia and this needs to be addressed through the inclusion of daily living training in routine mental health interventions. Rehabilitation measures could also become more efficient if health practitioners evaluate the extent and impact of functional deficits among people with schizophrenia. Beyond clinical factors, medical attention of people with schizophrenia should expand and focus on functional factors, such as independent social functioning, according to recent findings published in the Indian Journal of Psychological Medicine.

This study focused on 100 persons with schizophrenia aged 18 and 60 years, attending a tertiary care psychiatric facility in India. Patients with intellectual disability and comorbid psychiatric or physical conditions were excluded. The Lawton instrumental activities of daily living (LIADL) scale, the positive and negative symptom scale (PANSS), and the pro forma for sociodemographic and clinical characteristics were used to evaluate participants. The LIADL scale consists of 8 components that measure an individual’s competence in functional instrumental activities of daily living. PANSS is a standard instrument for assessing symptoms in psychosis that consists of 3 scales measuring positive symptoms, negative syndromes, and general psychopathology. The PANSS scoring ranges from 1 (absent pathology) to 7 (extreme pathology). The pro forma for sociodemographic and clinical variables collects demographic details, such as age, sex, socio-occupational status, educational qualification, marital status, type of family, and employment status.

Individuals in the study were primarily young adult men diagnosed with paranoid schizophrenia. Most patients were described as being married, with secondary school education, from middle socioeconomic status, and unemployed at the time of the study. The mean total LIADL score was low with only a negligible percentage of the study population being completely independent. The PANSS score had a range from moderately ill to markedly ill. Instrumental activities of daily living dysfunction that were reported include:

The Total PANSS score (P =.015) and its general psychopathology subscale (P =.005) correlated inversely with the total LIADL score, and PANSS scores and sociodemographic variables were associated with some subscales of LIADL.

The study investigators concluded that impairments in functional performance are characteristic of persons with schizophrenia and this is a topic that is often overlooked. Patients who are discharged with their symptoms controlled, but without functioning independently cause undue burdens to their family: Due to current social constraints this causes dysfunction in the home, economic disadvantage, and lack of supportive community services to ensure reintegration. Interventions focusing on independent living skills could lead to better outcomes for patients in addition to reducing the burden on their family and community. 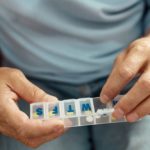