Citalopram maintenance therapy appears to reduce negative symptoms in patients with first episode schizophrenia (FES), yet shows no benefit for minimizing symptoms of subsyndromal depression. This is according to a study published in Schizophrenia Research.

Patients also received a total of 16 sessions of weekly psychoeducation, as well as relapse prevention planning. Cognitive-behavioral therapy was also administered to patients who demonstrated moderate suicidality at 12 sessions. The Scale for Assessment of Negative Symptoms and Calgary Depression Scale for Schizophrenia were used to assess negative and depressive symptoms, respectively, at various time points throughout the study.

A greater therapeutic benefit was noted for citalopram vs placebo in reducing negative symptoms (P =.04). In participants with a duration of untreated psychosis (DUP) of <18 weeks and a DUP of >18 weeks, the effect sizes of the study treatment were 0.32 and 0.52, respectively. No difference was observed between the citalopram and placebo groups with regard to the rates of new-onset depression. A greater reduction in depression ratings were observed in the placebo group vs the citalopram group in the mixed effects area under the curve analysis (P =.02).

Limitations of the study included the high attrition rates, the exploratory nature of the analysis, and the small number of patients in the final cohort.

“Recent evidence suggests that antidepressants may act in part by increasing plasticity, thereby facilitating brain reorganization in response to enriched environmental stimulation,” the researcher wrote during the discussion of the longer effect sizes of therapy for patients with longer DUP. “It is possible that patients with longer DUP may lack the plasticity to respond to enhanced environmental stimulation and may benefit from a combination of an antidepressant and a rehabilitation program.” 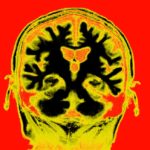