Adolescents and young adults who were prescribed second-generation antipsychotics (SGAs) exhibited a high risk of developing type 2 diabetes (T2D) later in life, according to a study published in the Journal of Clinical Psychiatry.

The investigators of this nationwide longitudinal study sought to examine the association between SGAs and the risk of developing T2D in a large cohort of adolescents with SGA exposure.

The study cohort included a total of 91,185 adolescents and young adults who had been exposed to SGAs and were within the Taiwan National Health Insurance system. Participants had no history of any diabetes mellitus prior to enrollment, which was defined as the time of first SGA prescription. The cohort was divided into 4 groups based on cumulative use of SGAs during the study period: <30 cumulative defined daily doses (cDDDs), 30 to 179 cDDDs, 180 to 364 cDDDs, and ≥365 cDDDs. The primary outcome was the development of T2D during the study follow-up period, defined as the period from enrollment to December 31, 2011, or death. Cox regression modeling was used to analyze the association between SGA use and risk for T2D, adjusting for patient characteristics and medical and psychiatric comorbidities.

Limitations to the study included a nonrandom design, allowing for potential biases between exposed and unexposed groups and lack of information comparing illness severity, premorbid obesity, and lifestyle between groups. Adherence and nonadherence to treatment were not measured in exposure or reference groups. Finally, the cohort only included patients from the Taiwan National Health Insurance system, limiting the generalizability of the study findings to other populations.

The study findings indicate that SGA exposure among adolescents and young adults is significantly associated with an increased likelihood of developing T2D. In addition, the study revealed a dose-dependent relationship between cumulative SGA use and T2D risk. The investigators suggest monitoring the metabolic effects in adolescent patients using SGAs and raising further concern about SGA use in pediatric populations.

This study was sponsored by the Taipei Veterans General Hospital. 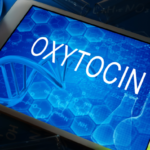