Right frontal gyrus abnormality may be present in early schizophrenia, according to a study recently published in the Journal of Psychiatric Research. Measuring gray matter volume may indicate improvement in schizophrenia symptoms: Magnetic resonance imaging (MRI) scans have the potential to be used in making a prognosis to predict response to antipsychotic treatment among those with first-episode schizophrenia.

This study included 33 individuals with first-episode schizophrenia and 33 healthy controls, for whom voxel-based morphometry was employed to measure gray matter volumes. Following four months of antipsychotic treatment, the study researchers also measured longitudinal volume changes. The Positive and Negative Syndrome Scale (PANSS) was used to identify clinical symptoms, which were studied in relation to volume changes to search for correlations. Group demographic and baseline clinical data differences were investigated using Student’s t-test and the chi-squared test. One-way analysis of variance was used to compare gray matter volume between controls, responders, and nonresponders.

Limitations to this study include a limited sample size, a clinically guided choice of medicine, and a lack of consideration of adipogenic effects of antipsychotic medications.

Study researchers concluded that “the frontal gyrus may represent the core region of pathological change in first-episode schizophrenia patients. The effects of atypical antipsychotics could involve multiple brain regions, and examination of [gray matter] volume abnormalities in the left postcentral gyrus, right inferior frontal gyrus, and the right superior temporal gyrus may be particularly effective in evaluating the improvement of schizophrenia symptoms after exposure to atypical antipsychotics. Our study also suggested that MRI might be useful in identifying a subgroup of patients who [respond] to antipsychotic medications early in the course of schizophrenia.” 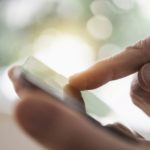