The almost equal entry rate of women into medical schools has been noted as a huge gain. The Association of American Medical Colleges (AAMC) recently shared figures regarding admissions rates by gender from their 2019-2020 application cycle. Encouragingly, data showed that more than 53.7% of matriculated students were women. Similar statistics were also shared by the American Association of Colleges of Osteopathic Medicine (AACOM) which indicated that the number of female matriculants for doctor of osteopathic medicine (DO)-medical schools was at 51.9%.1

However, uniformity is not necessarily observed when it comes to career opportunities and specialty selection. This is especially true for female physicians seeking to enter the field of neurology.

A 2018 study published in JAMA Neurology2 examined sex differences in academic rank and publication rate at top-ranked US Neurology Programs. Study findings were rather stark and indicated that male neurologists outnumber women at all faculty ranks with the disparity widening as seniority increased. Among the 1712 surveyed academic neurologists from 29 top-ranked institutions, only 30.8% were women. As rank increased from instructor/lecturer to assistant professor, associate professor, and finally to professor, female presence dwindled in the opposite direction with only 13.8% of professors being women. Significant disparities in publication rates were also noted.

While women continue to battle salary disparities even outside of medicine, the gap is blatantly apparent in neurology. A study published in the Journal of the American Medical Association Internal Medicine3identified that within academic medicine, female physicians earned approximately $20,000 less than their male counterparts. This disparity is even more exaggerated in neurology where the average female salary is $44,000 less than the salary of male equivalents in similar roles.

It is important to highlight the challenges that women neurologists face in their fields as well as identify a path forward.

The 2017 Gender Disparity Report released by the American Academy of Neurology (AAN) identified mentorship as one of the means to bridging the gaps that women in neurology face.4 Mentorship has many benefits for both the mentor and the mentee. Mentees benefit from higher job satisfaction, faster rate of promotion, networking, professional visibility, decreased burnout, etc. Mentors also mutually benefit from intellectual stimulation, organizational recognition, and a renewed sense of purpose.4

In neurology, roughly 60% of residents indicate that a mentor influenced their selection of a neurology residency. However, with fewer women occupying higher-ranked positions, oftentimes mentors do not address the specific needs of women. Studies have demonstrated that same-gender mentorship has advantages as it pertains to career planning specific to women including offering guidance on salary compensation, maternity leave benefits, work/life balance and time management.

A potential solution to this gap is development of women-specific mentorship programs where female faculty mentors are represented. “It can be inspiring to young medical students to see someone that they can imagine themselves being. I owe my entry into neurology in large part to my role models when I was a medical student,” said Suma Shah, MD, assistant professor of neurology, associate director of the residency program, and medical director at Duke Neurology of South Durham.

A 2019 study has showed that mentorship programs specifically aimed at women resulted in positive effects on promotion, retention, as well as overall satisfaction.5

When asked why women neurologists often go under the radar despite their contributions, Dr Shah stated that “a major driver of this is mentorship.” “The process of these contributions can be challenging to navigate. And often requires a mentor who is motivated to do so.”

While mentorship and sponsorship may appear very similar, sponsorship is quite different and is receiving increased attention in addressing the gender disparity in neurology. Sponsorship is a more dedicated form of mentorship where the sponsor has the specific intent of advancing the career and rank of the individual they sponsor.

In the field of neurology, women are generally under sponsored. Men are 46% more likely than women to have a sponsor which ultimately leads to obtaining higher leadership positions and better overall career progression.6 This cycle is further exacerbated by the fact that women neurologists reported choosing male sponsors because they are perceived as being “more powerful,” “more well recognized,” and “know how to succeed.” Therefore, to minimize this gap, it is important to enable structured sponsorship for women neurologists.

Within known earnings differentials, the AAN’s Gender Task Force examined the causes for differences in compensation for women neurologists. Some of the key elements identified were a lack of salary transparency, absence of negotiating capabilities, and employer bias.7

To begin to address this issue, there needs to be a shift towards transparency on sharing neurology compensation. Additionally developing resources that showcase education or experience requirements for different career stages is a key step. This will not only promote general awareness but equip women neurologists with the right information when negotiating salaries and examining their fit for certain roles.

There are still many strides that need to be made to reach parity on not just pay rate but publication rate, funding, sponsorship, and rank. However, perhaps the biggest advocate for women neurologists are other women neurologists who can build allyship with their female peers.

“Share experiences, speak if there is a perceived inequity, and find your allies to help keep discussions moving forward,” suggested Dr Shah.

“At Duke Neurology, we have a Women in Neurology group that allows for a safe forum for these discussions. Supporting each other and providing recognition of efforts of women is the way to start changing some of the imbalances we have seen when it comes to the roles that women have neurology.”

The “paying it forward” mentality is key to uplifting all women in neurology. Those who have broken the barriers for themselves are in a much better position to “pull” others upwards by providing mentorship or sponsorship to those in earlier phases of their career. They can also provide networking opportunities and share their experience and tips with others by serving as board members or keynote speakers in conferences and events focused on women in neurology.

Paying it forward is simply a means to ensure all women in neurology move ahead by opening doors for others and inviting everyone into the circle of parity. 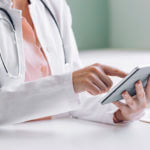 What Does the Open Notes Mandate Mean for Psychiatrists and Mental Health Clinicians?