Robots are infiltrating the field of psychiatry, with experts like Dr Joanne Pransky of the San Francisco Bay area in California advocating for robots to be embraced in the medical field. In this article, Dr Pransky shares some examples of robots that have shown impressive psychiatric applications, as well as her thoughts on giving robots the critical role of delivering healthcare to human beings.

Dr Pransky, who was named the world’s first “robotic psychiatrist” because her patients are robots, said, “In 1986, I said that one day, when robots are as intelligent as humans, they would need assistance in dealing with humans on a day-to-day basis.” She imagines that in the near future it will be normal for families to come to a clinic with their robot to help the robot deal with the emotions it develops as a result of interacting with human beings. She also believes that having a robot as part of the family will reshape human family dynamics.

While Dr Pransky’s expertise may sound like science fiction to some, it illustrates just how interlaced robotics and psychiatry are becoming. With 32 years of experience in robotics, she said technology has come a long way, “to the point where robots are used as therapeutic tools.”

Dr Pransky cites some cases of robots that have been developed to help people with psychiatric health needs. One example is Paro, a robotic baby harp seal developed by the National Institute of Advanced Industrial Science and Technology (AIST), one of the largest public research organizations in Japan. Paro is used in the care of elderly people with dementia, Alzheimer disease, and other mental conditions.1 It has an appealing physical appearance that helps create a calming effect and encourages emotional responses from people. “The designers found that Paro enhances social interaction and communication. Patients can hold and pet the fur-covered seal, which is equipped with different tactile sensors. The seal can also respond to sounds and learn names, including its own,” said Dr Pransky. In 2009, Paro was certified as a type of neurologic therapeutic device by the US Food and Drug Administration (FDA).

Mabu, which is being developed by the patient care management firm Catalia Health in San Francisco, California, is another example. Mabu is a voice-activated robot designed to provide cognitive behavioral therapy by coaching patients on their daily health needs and sending health data to medical professionals.2 Dr Pransky points out that the team developing Mabu is composed of experts in psychiatry and robotics.

Then there is ElliQ, which was developed by Intuition Robotics in San Francisco to provide a social companion for the elderly. ElliQ is powered by artificial intelligence (AI) to provide personalized advice to senior patients regarding activities that can help them stay engaged, active, and mentally sharp.3 It also provides a communication channel between elderly patients and their loved ones.

Beside small robot assistants, however, robotics technology is also integrated into current medical devices, such as Axilum Robotics (Strasbourg, France) TMS-Robot, which assists with transcranial magnetic stimulation (TMS). TMS is a painless, non-invasive brain stimulation technique performed in patients with major depression and other neurologic diseases.4 TMS is usually performed manually, but the TMS-robot automates the procedure, providing more accuracy for patients while saving the operator from performing a repetitive and painful task. 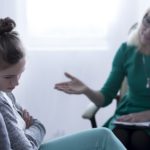