The authors of a study in the Annals of Emergency Medicine examined the efficacy of a psychiatric screening protocol used by emergency medical services in one California county and found that it reduced the burden on local emergency departments.

Emergency medical services workers in Alameda County, California, serve 1.6 million people. They developed a screening protocol that aims to “identify patients with isolated psychiatric complaints who meet protocol criteria and transport them directly to the county’s sole psychiatric emergency service.” Ideally, an effective protocol would mean faster care for all patients in Alameda County, regardless of the nature of their emergency.

The authors obtained data from Alameda County on all emergency medical services encounters between 2011 and 2016, which comprised 541,731 encounters. Approximately 10% of these incidents were considered involuntary holds, incidents which often involve law enforcement (n=53,887).

The screening protocol resulted in 22,074 encounters, or 41%, where standard medical emergency departments were bypassed in favor of direct transport to the psychiatric emergency care facility. Just 60 of these bypassed encounters, or 0.3%, were categorized as “failed diversions” — that is, incidents in which patients required re-transportation to a medical emergency department within 12 hours.

Demographically, these patients were more likely to be young, men, and without health insurance.

The authors noted several limitations of the observational study. First was its regional specificity. Alameda County’s frequency of involuntary holds may be abnormally high, with 195.7 holds per 10,000 people. The state average is 46.5 — with the caveat that most other counties do not report, or incompletely report, involuntary hold statistics. Additionally, the study was not able to account for situational details of these encounters, such as who initiated 911 calls and patient homelessness.

“Counties should consider increasing funding for mobile crisis teams staffed by professionals who can direct patients to medical [emergency departments] or psychiatric emergency service units, depending on their evaluation,” the researchers concluded. 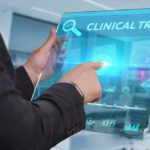 The Positives of Publishing Negatives: Are Researchers Obligated to Share Negative Trial Results?