Hospital mergers and acquisitions may precipitate a modest decline in patient care quality; however, no differential changes in readmission or mortality rates were observed in acquired institutions compared with control hospitals, a recent study published in the New England Journal of Medicine reports.

Investigators abstracted data from Irving Levin Associates on hospital acquisitions for the years 2007-2016. Acquired hospitals for which the transaction occurred in 2009-2013 were eligible for inclusion. A control group was constructed of hospitals with no change in ownership during the study period. For each hospital, Medicare Hospital Compare data from 2007-2016 were assessed for clinical-process and patient-experience measures. The clinical-process measures comprised 7 measures related to cardiac, pneumonia, and perioperative care; patient-experience measures included 5 items from the Hospital Consumer Assessment of Healthcare Providers and Systems survey. Additional primary outcome measures included all-cause rate of readmission and all-cause rate of death within 30 days of discharge. Admission-level data derived from Medicare claims were used to compute hospital characteristics, including number of beds, teaching status, ownership type, and location in a rural area. Difference-in-differences analyses were conducted, comparing changes in the performance of acquired hospitals from the pretransaction to the post-transaction period with changes in the performance of same-state control hospitals during the same time period. Differential changes between hospitals were expressed as standard deviations (SDs) of the differences between means.

The study sample comprised 246 acquired hospitals and 1986 control hospitals. Compared with control hospitals, acquired hospitals were less likely to be publicly owned or located in a rural area. In the pretransaction period, patient experiences and mortality rates were comparable between acquired and control hospitals. In the post-transaction period, however, acquisition was associated with a progressive decline in performance on the patient-experience measure. Compared with control hospitals, the adjusted differential change in the patient-experience composite score was 0.17 SD (95% CI, -0.26 to -0.07; P =.002). The change was consistent across all components of the patient-experience measure. Subgroup analyses indicated that this trend was largely driven by acquisition by acquirers with low baseline performance. Acquisition was not associated with significant changes in 30-day readmission or mortality rates by the third post-transaction year. Compared with controls, acquired hospitals had a significant differential improvement in performance in the clinical-process measure (0.22 SD; 95% CI, 0.05-0.38; P =.03). However, this change could not be reliably attributed to the acquisition itself, as the clinical-process measure improvements began in the pretransaction period.

“These findings challenge arguments that hospital consolidation, which is known to increase prices, also improves quality,” authors wrote. Of note, however, acquisitions were not associated with any significant changes in 30-day mortality or readmission rate. As study limitations, investigators noted that their clinical-process and patient-experience measures may have failed to capture all dimensions of patient care quality. Additional study may be necessary to elucidate all unintended effects of hospital mergers in the immediate post-transaction period. 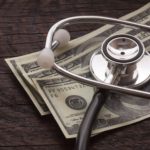 Single-Payer System Would Likely Save Money