HealthDay News — There is considerable global variation in personal health care access and quality, according to a study published online May 23 in The Lancet.

Nancy Fullman, M.P.H., from the Institute for Health Metrics and Evaluation, and colleagues used the Global Burden of Diseases, Injuries, and Risk Factors Study 2016 to examine personal health care access and quality with the Healthcare Access and Quality (HAQ) Index for 195 countries and territories, as well as subnational locations, from 1990 to 2016.

The researchers found that HAQ Index performance varied from highs of 97.1, 96.6, and 96.1 in Iceland, Norway, and the Netherlands, respectively, to lows of 18.6, 19, and 23.4 in the Central African Republic, Somalia, and Guinea-Bissau, respectively. There was variation in the rate of progress achieved between 1990 and 2016; for many countries in sub-Saharan Africa and southeast Asia, faster improvements occurred between 2000 and 2016, while several countries in Latin America and elsewhere saw progress slow after considerable advances in 1990 to 2000. Subnational disparities were seen, with particularly large gaps between locations within China and India in 2016; the smallest range in subnational HAQ performance in 2016 was seen in Japan.

“Alongside initiatives to strengthen public health programs, the pursuit of universal health coverage hinges upon improving both access and quality worldwide, and thus requires adopting a more comprehensive view — and subsequent provision — of quality health care for all populations,” the authors write. 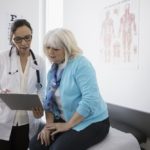