A few weeks ago, Tiger Woods completed — we hope — his rather stunning fall from grace by getting arrested for driving under the influence (DUI). He was reportedly found asleep and difficult to arouse in the driver’s seat of a running car. News media reports initially suggested — or at least failed to dissuade us from the idea — that Tiger had consumed alcohol prior to getting behind the wheel.

His none-too-flattering mug shot was widely circulated as corroborating evidence. Some hours later, however, a curious thing happened. New reports began to leak out indicating that Tiger had, in fact, registered a 0.0 on the breathalyzer test.

It turns out that Xnax a(prescribed by a doctor, as Tiger’s team hastened to tell anyone who would listen), not alcohol, was the culprit behind his mishap that night.1 Tiger’s irresponsibility is impossible to condone. But he hardly stands alone. In fact, 2015 represented the first time in history that drivers killed in automobile accidents were more likely to have had drugs in their system than to have been legally drunk.2

Similarly, 8.3% of a recent random sample of weekend night drivers tested positive for alcohol, whereas 13.9% of the same group were found to have evidence of illegal drugs in their system.3 These numbers are a significant departure from even 10 years ago, when booze-related deaths outpaced drugs by nearly 50%.

The obvious caveat here is that the ability to detect drugs in someone’s blood does not imply that that person is necessarily impaired. Unlike alcohol, while marijuana’s intoxicant effects can only be expected to last for a few blissful hours, fat-soluble marijuana metabolites can hang around an expert smoker’s blood for weeks.

On the other hand, the array of intoxicating drugs is so vast and varied as to make it certain that our testing methods are likely blind to a significant portion of them. And, of course, differences in individual absorption, metabolism and tolerance profiles throw another layer of complexity on top of an already-complicated analysis. On the whole, though, it’s probably more realistic to say that these new statistics overestimate the impact of drugs on driving deaths relative to alcohol. 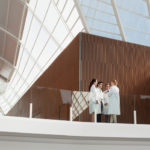