HealthDay News — Genetic variations associated with empathy play a role in psychiatric conditions and traits, including schizophrenia, anorexia nervosa, and extraversion, according to a study published online in Translational Psychiatry.

Varun Warrier, from the University of Cambridge in the United Kingdom, and colleagues conducted the largest genome-wide association study (GWAS) of empathy to date using the well-validated self-reported Empathy Quotient (EQ). Data were included for 46,861 research participants from 23andMe, Inc.

“This is the first GWAS of self-reported empathy. The results suggest that the genetic variations associated with empathy also play a role in psychiatric conditions and psychological traits,” the authors write.

One author is an employee of 23andMe, Inc. 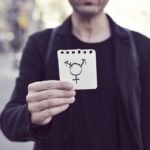