SAN ANTONIO—In March 2016, the Centers for Disease Control and Prevention (CDC) released guidelines on prescribing opioids for the management of chronic pain.1 These guidelines, formulated in response to the ongoing opioid epidemic that has overcome the United States, have caused much controversy within the medical community.

This controversy was highlighted by Bob Twillman, PhD, Executive Director for the American Academy of Pain Management, during his address at the academy’s annual meeting.2 Dr Twillman started by expressing caution towards the numbers advanced by the CDC, regarding the opioid and chronic pain epidemics.

Numbers regarding fentanyl-related deaths also include deaths resulting from illicit forms of the drug, which may have been manufactured in China and resemble a pill of hydrocodone, added Dr Twillman. “We really need to figure out how to report these numbers in a much better way,” he added.

“We not only have 1 complex problem, but 2: prescription drug overdose and abuse and chronic pain,” he added. “The policy-makers seem to think that we can apply a simple solution, and that creates a lot of adverse and unintended consequences.”

Dr Twillman extensively emphasized the fact that these CDC guidelines are expert-based and not evidence-based. In addition, most of these experts are strongly biased, as indicated by their affiliations to, for example, anti-opioid advocacy groups.

Previous guidelines on the “role of opioids in the treatment of chronic pain” published in September 2014 by the National Institutes of Health and based on literature review were formulated by an unbiased expert panel, which concluded “What was particularly striking to the panel was the realization that there is insufficient evidence for every clinical decision that a provider needs to make regarding the use of opioids for chronic pain, leaving the provider to rely on his or her own clinical experience.”3

According to Dr Twillman, the target should be what the patient and their healthcare provider have decided between themselves as a reasonable goal to accomplish.

Many states in 2016 have already legislated some form of the CDC recommendations for acute pain treatment, for example, limiting the use of opioid from 3 to 10 days or the dose administered. Dr Twillman recommended physicians in the audience be aware of those state laws, as they will affect their practice. 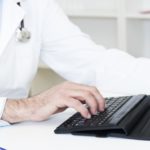