Urinary 6-sulfatoxymelatonin (aMT6s) excretion can act as a biomarker for predicting a positive therapeutic response to fluoxetine, according to results published in Therapeutic Advances in Psychopharmacology. Previous studies have shown that acute fluoxetine treatment enhances serotonin within the pineal gland, possibly leading to an increase in the synthesis of melatonin, which is metabolized to aMT6s at night.

The study cohort consisted of 20 women (mean age 40.19±3.76 years) with a diagnosis of major depressive disorder. The researchers used the Beck Depression Inventory (BDI) to assess depressive symptoms. At the start of the study, participants took 20 mg of fluoxetine every morning. The dose could be increased by 20 mg every 4 weeks until symptom remission was achieved. The aMT6s concentration was evaluated in overnight urine samples collected 1 day before and 1 day after the first fluoxetine dose with use of an enzyme immunoassay.

At the first evaluation, patients had a median BDI score of 28.5, which decreased to 20 after 45 days of treatment with an initial 20-mg dose of fluoxetine. A significant correlation was found between the before/after difference in urinary aMT6s excretion and the decrease in BDI score on day 45 (ρ, -0.67, P =.024).  Only 11 patients were included in this correlation analysis, as 9 had already achieved symptom remission before day 45. No correlation was found for day 30.

The study was limited by the small sample size, as well as its focus on a homogeneous sample of women with high education levels.

“Nocturnal increase in urinary aMT6s after the first day of medication use links the early mechanism of action of fluoxetine to its clinical output 45 days later. Thus, the relationship between urinary aMT6s excretion 1 day before/1 day after is a biomarker for predicting clinical output earlier, reducing illness burden and health care costs,” the investigators concluded. 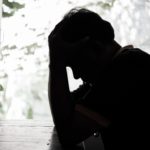