Spatially convergent structural and functional abnormalities are observed in neuroimaging of patients with major depressive disorder (MDD), according to results from a meta-analysis published in the American Journal of Psychiatry. These findings indicate that major depression is associated with replicable neuroimaging features, beyond the transdiagnostic effects inscribed in previous meta-analyses.

Neuroimaging studies of depression and other psychiatric disorders have proliferated with the increased availability of magnetic resonance imaging (MRI) and other research techniques. However, the reliability of the neuroimaging literature has been challenged, mainly due to the use of small sample sizes, clinical heterogeneity, and problems related to correcting for multiple comparisons and inflated false positive rates.

There were 3 main meta-analytic classes that grouped input data: gray matter atrophy, increased function, and decreased function in patients with MDD vs healthy controls. Input data were then grouped across primary categories in secondary meta-analyses, whereas in the third analyses, the data were grouped by medication status and lack of a psychiatric comorbidity.

According to the investigators, the study was limited by the enrollment of clinically heterogeneous groups of patients with MDD at the individual study level.

In spite of this limitation, the researchers wrote that their “analysis of clinical heterogeneity within this meta-analysis suggests that diverse patient populations may present significant confounders in neuro-imaging findings in major depression.” They also noted that the results indicate “the presence of major depression–associated brain features, in contrast to lack of disease-speciﬁc ﬁndings from previous transdiagnostic and major depression–speciﬁc meta-analyses.” 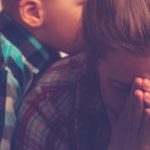 Higher Relapse Risk For Depression Between Childhood and Adolescence