The effect sizes of studies of psychotherapy for depression has been shown to be smaller in children than in adults, possibly smaller among adolescents and somewhat larger among young adults, according to a systemic review and meta-analysis published in JAMA Psychiatry.

The investigators used 2 existing databases that contained studies on psychotherapies for depression among adults and youth. They also searched 4 bibliographic databases, with the latest update of the database occurring on January 1, 2019. All records were screened independently by 2 researchers. The meta-analysis included (1) randomized controlled trials; (2) studies that analyzed a psychological treatment for depression; (3) studies that evaluated depression in any age group; and (4) studies comparing individuals treated for depression with a control group.

For each comparison made between a psychotherapy and a control condition, the effect size indicative of the differences in depression between the 2 groups at the posttest was calculated. All effect sizes were measured by subtracting the mean score in the psychotherapy group from the mean score in the control group, which was then divided by the pooled standard deviation at posttest. The primary study outcome was depressive symptoms.

A major limitation of the meta-analysis is the fact that although a large number of studies were included, the quality of many of the studies was low. Furthermore, when the main analyses were limited only to trials of the highest quality, the differences observed between the age groups were no longer significant.

The investigators noted that “young people’s potential for recovery from depression is constrained by parental and family characteristics that youths, unlike adults, have little opportunity to escape or alter.” They concluded that there is a need to improve psychotherapies used to treat children and adolescents with depression. 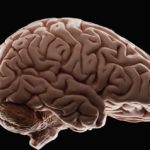