Patients receiving cognitive therapy for major depressive disorder experienced poorer outcomes related to depression and anxiety if they described having nonsocial comorbid anxiety disorders. Patients with comorbid social anxiety found cognitive therapy effective but with heightened social avoidance, according to a study published in the Journal of Affective Disorders.

Limitations of the study included a brief anxiety symptom measure, which was assessed only before acute-phase treatment and not again after cognitive therapy response. The sample population did not allow for finer differentiation between different types of anxiety disorders and generalizability to other patient populations or interventions is unknown.

This study was sponsored by the National Institute of Mental Health. See source article for a full list of authors’ disclosures. 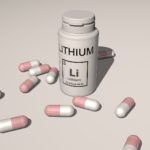