In adult patients with major depressive disorder (MDD) or bipolar disorder (BD), the use of intravenous (IV) ketamine is generally well tolerated and safe when administered mainly as an acute treatment, according to a study published in the journal Expert Opinion on Drug Safety.

In the current analysis, retrospective data derived from a post hoc analysis (ClinicalTrials.gov identifier: NCT04209296) from the Canadian Rapid Treatment of Excellence (CRTCE), conducted in Mississauga, Ontario, Canada, were examined. Individuals who had been referred to the CRTCE by primary care physicians, psychiatrists, or nurse practitioners for treatment-resistant depression (TRD)—that is, MDD or BP—were enrolled. Individuals with posttraumatic stress disorder or obsessive-compulsive disorder were also eligible for enrollment, provided the presence of a depressive episode was their main complaint. Patients with dementia, psychosis, and/or active substance or alcohol use disorder were excluded from this study.

Data were analyzed from a total of 203 patients with TRD who were treated with repeat-dose IV ketamine. The participants received 723 IV ketamine infusions at the CRCTE between July 2018 and December 2019. Safety was evaluated as hemodynamic changes. Tolerability was assessed via the reporting of adverse events and dissociation symptom severity, which were calculated with use of the Clinician-Administered Dissociative States Scale (CADSS).

IV ketamine was administered adjunctively with patients’ current, concomitant medications, in order to try to increase participants’ acceptability and feasibility of treatment. In an attempt to minimize the likelihood of hazardous drug-drug interactions, the participants were instructed not to take any medications for 6 hours prior to the infusion and for 4 hours after the infusion. The participants received a total of 4 infusions over a period of 1 to 2 weeks.

Results of the study demonstrated that ketamine was well tolerated, with <5% of participants withdrawing from the study because of tolerability issues. The adverse events most often reported included drowsiness in 56.4% of participants, dizziness in 45.2%, dissociation in 35.6%, and nausea in 13.3%. Additionally, the severity of dissociation was significantly diminished following the initial infusion but plateaued with subsequent infusions.

Limitations of the study include the nature of retrospective analysis of outpatients without a control group, and lack of data on long-term exposure. Furthermore, the CADSS was not developed primarily as a safety measure for ketamine treatment, and therefore may underestimate the extent of dissociation experience with ketamine.

The investigators concluded that the use of IV ketamine in this patient population was safe and well tolerated, with no participants exhibiting psychosis, mania, or new-onset suicidality. The researchers support the use of multidisciplinary treatments at the point of care, in order to guarantee the safe and skillful administration of IV ketamine. 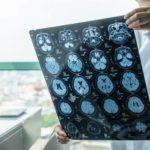