Individuals who are adopted into a high quality rearing environment with high educational status and economic security have a significantly lower risk of depression compared with half or full siblings who are raised in their home environment, according to a study published in the American Journal of Psychiatry.1 In spite of this finding, the researchers of this study said that the protective effect of the adoptive environment disappears if an adoptive parent has major depression.

Kenneth S. Kendler, MD, of the Virginia Institute for Psychiatric and Behavioral Genetics and Department of Psychiatry, Virginia Commonwealth University, Richmond, and colleagues used the Swedish Hospital Discharge Register and the Outpatient Care Register to identify the incidence of major depression in siblings and parents. All siblings were born between 1955 and 2000, and adoptees were only included if they had not been living with their biological parent for >5 years.

Based on the linked data from Swedish registries and healthcare data, the researchers identified 666 adopted high risk full sibships with 1254 full siblings raised by biological parents and 2596 adopted high risk half sibships with 5511 half siblings raised by a biological parent. A total of 267 adopted individuals were included in the full sibling and half sibling assessments. Follow-up time occurred from the age of 15 years to the time of first registration for major depression, death, emigration, or December 31, 2015, whichever came first.

In an analysis controlling for sex and parental age at birth, the risk of major depression was lower for adoptees vs siblings who were home reared (hazard ratio [HR], 0.77; 95% CI, 0.64–0.93). In full sibships, the risk of major depression in the adoptive cohort was reduced by approximately 23% (95% CI, 7–36), whereas this risk was reduced by 19% (95% CI, 10–38) in high risk half sibships who were adopted. For both the full and half sibships, adoption no longer provided a protective effect against depression when the adoptive parent or stepsibling developed or had major depression, or if the adoptive environment featured a parental death or divorce.

Limitations of the study included the reliance on registries to identify major depression, the inclusion of only individuals from Sweden, and the lack of direction measurements for the quality of rearing environments.

According to an accompanying editorial by Myrna M. Weissman, PhD, of the departments of epidemiology and psychiatry, Vagelos College of Physicians and Surgeons and Mailman School of Public Health, Columbia University, New York, this study supports “the importance of intervention efforts to improve the rearing environment in high-risk families.”2 Dr Weissman emphasized that “depression is nature and nurture.” 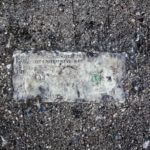 How Do Economic Downturns Influence Levels of Depression?