Grip strength may provide indication of cognitive impairment in those with bipolar disorder and major depression, according to a cross-sectional analysis of a multicenter, population-based study published in JAMA Psychiatry.

The study used clinically validated measures to select 110,067 participants in the UK Biobank with major recurrent depression (moderate or severe) or bipolar disorder (type I or type II) and healthy controls (no indication of past or present mood disorders). From February 13, 2005 to October 1, 2010, these participants underwent 5 computerized tasks (number memory, prospective memory, reaction time, reasoning, and visual memory) designed to test cognitive function, in addition to handgrip dynamometry to measure muscular function. Generalized linear mixed models were then used to assess the association between them, controlling for age, body weight, educational level, geographic region, and sex.

These results suggest that, for those with major depression or bipolar disorder, maximal grip strength may be an indicator of cognitive impairment, though the research is not without limitations. Further studies should consider causality and the effects of interventions intended to improve muscular fitness. 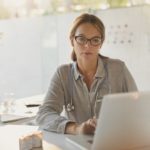