When the underlying structural components of a functional predictor of the response to 5 Hz transcranial magnetic stimulation (TMS) for the treatment of posttraumatic stress disorder (PTSD) and major depressive disorder (MDD) are examined, the structural components of the anterior thalamic radiation account for significant variation in individual-level functional connectivity relationships that can predict posttreatment improvement. This cohort study explored the relationship between white matter integrity and certain functional predictors of response, and the results of the analysis were published in the journal Depression & Anxiety.

Recognizing that limited knowledge exists regarding the structural pathways that underlie the functional predisposition to clinical improvement in individuals with PTSD and MDD, the researchers sought to investigate underlying structural elements of their prior functional connectivity findings. They submitted pre-TMS diffusion-weighted imaging data from a total of 20 patients with PTSD and MDD (mean age, 52.4±10.3 years; 10 men and 10 women) to anatomically constrained tract-based probabilistic tractography. Averaged pathway fractional anisotropy was extracted from the following 4 frontolimbic white matter pathways: (1) the forceps minor, (2) the cingulum bundle, (3) the anterior thalamic radiation, and (4) the uncinate fasciculus.

Tract fractional anisotropy statistics were regarded as explanatory variables in regressions that tested the association between tract integrity and functional connectivity coefficients from the medial prefrontal cortex and subgenual anterior cingulate cortex were predictors of symptom improvement following the use of TMS.

Results of the study showed that fractional anisotropy pathways in the anterior thalamic radiations were consistently and significantly linked to symptom improvement in patients with PTSD and MDD (Bonferroni-corrected P <.05).

Study limitations included the use of a small sample size, cross-sectional neuroimaging, and probabilistic tractography. The investigators concluded that structural features of the anterior thalamic radiation are responsible for significant variance in individual-level functional predictors of post-TMS improvement. Future research, in which TMS optimization studies target this circuit either in stand-alone or successive TMS stimulation protocols is warranted. 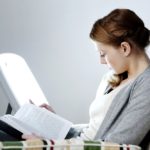