Compared with the use of angiotensin II receptor blockers (ARBs), a class effect associated with the use of other antihypertensive agents on an individual’s risk for depression has been suggested, with the highest incidence density reported in the beta blocker (BB) and angiotensin-converting enzyme inhibitor (ACEI) classes. A retrospective cohort study on the topic was conducted using information extracted from an insurance database in Beijing, China. Results of the analysis were published in the Journal of Affective Disorders.

Major study limitations include the fact that detailed clinical information was not available, which may introduce bias into the results. Moreover, since patients who received monotherapy as their initial treatment were included in the analysis, caution is needed when extrapolating the results.

The investigators concluded that based on the claims database used for urban employees, they could adjust their findings only for occupation and employment status. Future studies on the subject  in which other psychosocial factors are taken into consideration are warranted. 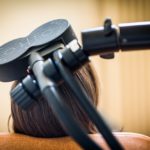