Young adults with recurrent depression experience processing speed deficits that are not affected by symptom severity, and the interaction between recurring episodes of depression and aging appears to exacerbate cognitive performance deficits with each recurrence, according to a study published in Depression and Anxiety.

Study investigators conclude that the study’s findings suggest that the cognitive domain most negatively affected by depression is processing speed, but the degree of impact is not related to the severity of depressive symptoms. This suggests that slowed processing speed may be a consequence of depressive disorder or related to increased risk for depression but is not an indicator of present mood dysregulation. “Future work should include neuroimaging methods that may reveal alterations in brain activity or functional connectivity that may maintain cognitive performance in depressed younger adults as well as assessments in remitted or at risk depressed individuals to further define the role of processing speed reduction as a risk factor or trait consequence of depression.” 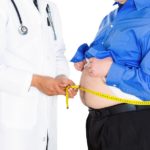 Depression May Be Associated With Metabolic Syndrome in Older Adults