People who have autism spectrum disorder (ASD) have a lifetime rate of depression that is nearly 4 times greater than that of the general population.1 Depression in ASD is shown to greatly impact quality of life. This dual diagnosis is linked to an increased need for medication and caregivers with an increased risk for self-harm and suicide.

Diagnosing depression in ASD is often extremely difficult due to shared symptoms between both disorders and because there are currently no psychometric instruments that can effectively detect depression in ASD.1 Evidence-based practices for treating depression in ASD are still in development, though many physicians are finding that many of the same interventions used for the general population are equally as effective for the ASD population as long as treatments are being tailored to each individual patient.

Before developing treatment plans for depression in ASD, clinicians must understand the unique challenges associated with diagnosing depression in this population, along with common risk factors and special diagnostic considerations.


Challenges of Diagnosing Depression in Autism
Depression and ASD share several overlapping symptoms that make it difficult to properly diagnose and treat depression in this population. Irritability, social withdrawal, low motivation, rumination, flat affect, and problems with appetite and sleeping are all symptoms shared between depression and ASD.1 Very few patients with ASD will openly and directly express symptoms of depression they may be feeling, such as sadness, extreme guilt, hopelessness, worthlessness, and suicide.2 The flat affect demonstrated by those with ASD also make it more challenging for physicians to detect depression.

Early case reports of depression in ASD have provided some insight as to how physicians may be able to properly diagnose depression in these patients. For instance, there are 2 cases in which patients cried for the first time in their lives, after which they were diagnosed with the comorbidity of depression.2 Some cases reveal that patients start neglecting their personal hygiene before being diagnosed with depression, while others become increasingly morbid through their writings and drawings.2

In many cases, depression is shown to worsen symptoms and features of ASD. Patients become more socially withdrawn, agitated, and aggressive, and either initiate or increase the frequency of self-harm behaviors.2 They may also experience worsened sleep disturbances, psychomotor retardation, and more extreme changes in weight and appetite.2 Researchers who compiled these case reports suggest that depression be considered in patients with ASD who experience significant and notable changes in functioning and maladaptive behaviors over time.

Considerations When Diagnosing Depression in ASD

Before diagnosing depression in ASD, physicians must gain a thorough understanding of the patient’s baseline range of emotional expression and activities to properly evaluate and assess changes that may point to depression.2 This includes learning about whether the patient has a family history of depression and/or ASD, and whether they have experienced recent or significant changes in their environments that may have induced depression.1

Physicians who aren’t too familiar with their patients and personal histories may have a more difficult time diagnosing and treating depression in ASD. Since psychometric instruments for diagnosing depression in ASD are lacking, clinicians are strongly recommended to interview and gather information about the patient from parents, teachers, caregivers, other professionals, and from the patients themselves.2

Treatment Approaches for Depression in ASD: Evidence to Date

Depression in ASD may be treated using medications and behavioral therapies. Selective serotonin reuptake inhibitors are typically used to treat depression in the general population, though these medications are not shown effective at reducing symptoms in those who have ASD.1 At present, there are 2 Federal Drug Administration-approved antipsychotic medications that were found to be effective at treating irritability associated with ASD: risperidone and aripiprazole.2

Systemic Autism-related Family Enabling (SAFE) is a new type of family therapy created specifically for families with children who are diagnosed with ASD.3 SAFE uses a variety of therapeutic activities, such as drawing, clay modeling, and role-playing to help families and their children explore aspects of ASD and improve problem-solving and coping strategies. SAFE therapy sessions generally last for 3 hours and take place in the home and with other families. The efficacy of SAFE is currently being evaluated in a randomized controlled trial.3

How to Implement Diagnostic Techniques

Physicians are encouraged to keep several factors in mind when diagnosing depression in ASD. First, it should be determined whether certain symptoms are new or simply worsened symptoms of ASD.1 Overlapping symptoms must be identified, along with symptoms restricted to depression.1 Physicians must also remain aware that those with ASD may not recognize and/or express emotional states related to depression, so they should interview relatives and others who regularly spend time with the patient about progressions and changes in behaviors and symptoms.1

Since depression in ASD is often accompanied by other comorbidities, physicians should screen for anxiety, seizures, gastrointestinal problems, and related comorbidities.1 Those with ASD are also at high risk for suicidal thoughts and behaviors, and must be screened accordingly at every visit.1

When developing treatment plans for depression in ASD, physicians must tailor interventions to each patient’s unique needs and interests, and to their level of cognitive functioning and social-emotional insight. Healthy lifestyle behaviors that reduce depression in the general population, such as regular exercise, good nutrition, and quality sleep should also be recommended for depression in ASD.1 Selective serotonin reuptake inhibitors and behavioral therapies like CBT should be considered on a case-by-case basis, since they are not yet considered evidence-based practices for depression in ASD.2

2. Chandrasekhar T, Sikich L. Challenges in the diagnosis and treatment of depression in autism spectrum disorders across the lifespan. Dialogues Clin Neurosci. 2015;17(2):219–227. 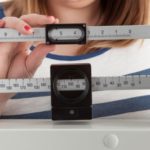