Depressive relapse is more common in adults who experienced maltreatment in childhood and correlates with reduced cortical surface area, according to a study recently published in Lancet Psychiatry. This connection is consistent with previous studies, which have labeled childhood maltreatment as a risk factor for major depressive disorder.

The researchers in this study recruited 110 participants with major depressive disorder from the Department of Psychiatry of the University of Münster, Münster, Germany, between March 2010 and January 2016. Each participant was interviewed and underwent magnetic resonance imaging scans initially with a follow-up 2 years later.

During this 2-year period, 75 of the patients experienced a relapse in their depression and 35 patients did not. A significant association was found between those who had experienced prior childhood maltreatment and those who later suffered a depressive relapse (odds ratio [OR] 1.035; 95% CI, 1.001–1.070; P =.045). At the 2-year follow-up, the researchers also found a false-discovery rate-corrected significant association between baseline cortical surface area of the right insular cortex and depression relapse.

Limitations of this study include the differences in methods between this particular study and similar studies previously conducted. In addition, some participants could have been categorized as chronic rather than relapsing.

Although they maintain that further study is warranted, the researchers suggest that the relationship between childhood maltreatment, reduction of the cortical surface area of the brain, and depressive relapse later in life could be causational. Childhood maltreatment may cause restructuring of the brain in the cortex. This altered condition, carried into adulthood, may then predispose individuals with a major depressive disorder to depressive relapses. 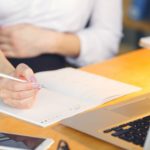 Feasibility of Online Patient Decision Aid for Antidepressants in Pregnancy