Bupropion has demonstrated preliminary effectiveness and safety in treating depressive episodes in children and adolescents, according to study results recently published in Clinical Psychopharmacology and Neuroscience.

The rate of discontinuation of bupropion was 36.2% (n=46), with 15% (n=19) discontinuing because of adverse events and 11.8% (n=15) switching drugs because of lack of efficacy. A total 42.5% (n=54) of participants reported adverse events, the most common being irritability (9.4%; n=12), which improved spontaneously in 8 patients and after switching to another drug in 4 patients. Bupropion’s tolerability profile was generally favorable.

Limitations to this study include lack of control for certain parameters such as concomitant treatments and psychiatric comorbidities, lack of a control group, the fact that 1 chart reviewer was involved in participant treatment, lack of structured interviews for diagnosis bases, and potential underreporting of adverse events.

The study researchers concluded that bupropion appears to be “effective and generally tolerable in children and adolescents with depressive disorder.”

Furthermore, “bupropion showed effectiveness both for subjects with and without comorbid ADHD,” although bupropion’s effect on “depressive and ADHD symptoms should be studied further.” 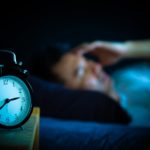