The population-based cohort study included a nested full and half-sibling comparison and examined 223,842 individuals, with the oldest participants reaching age 27. Of these individuals, 4073 had a diagnosis of ASD. The participants diagnosed with ASD were further categorized into those with intellectual disabilities and those without.

Findings from the study seem to suggest that given the increased presence of depression among siblings of ASD individuals, an increased genetic vulnerability seems evident, but siblings of children with ASD may be prone to psychiatric illness because of other mechanisms. Furthermore, the lack of intellectual disabilities among those with ASD and depression could suggest a higher cognitive functioning that may lead to increased awareness in regard to the challenges of being different.

Limitations of the study include lack of data regarding undiagnosed depression and lack of data on the severity of depressive symptoms. The means of data collection could also lead to misclassification of the diagnoses. 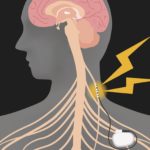