Although psychotherapies have been used successfully to treat BPD, as of 2018, the published United States and Canadian positions on pharmacologic treatment were, “With regard to evidence-based studies, pharmacological treatment is not recommended and, if ultimately required, should be limited to second-generation antipsychotics.”

The investigator countered that “extensive advancements in brain-mapping have provided clarity about the various brain dysfunctions underlying the symptoms/traits presenting in BPD, providing new opportunities to address these frontolimbic dysfunctions neuropharmacologically.”

The study included 147 female individuals, ages 13 to 16 years, with a diagnosis of BPD. While at a residential facility, they were started on a protocol consisting of an anticonvulsant (oxcarbazepine) and a dopaminergic (amantadine HCl). Patients were discharged when stable and when they achieved >50% improvement from baseline. Caregivers were surveyed at 6 months and 1 year to determine whether the child was maintaining improved symptomology.

Although compliance to the protocol was requested from the outpatient prescribers, some substituted antipsychotic medication. Of those compliant with the medication protocol (n=86), 61 maintained an improvement compared with 19 of the 61 patients whose prescribers switched to antipsychotics.

The researcher emphasized the off-label use of oxcarbazepine and amantadine HCl in this study. 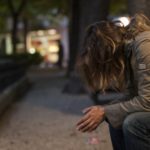