ATLANTA, Georgia — In addition to serving as the 2015 president of the American Psychiatric Association (APA), Renee Binder, MD, serves in multiple additional clinical and educational capacities.   She is a professor of psychiatry and founding director of the Psychiatry and Law Program and Forensic Psychiatry Fellowship, as well as associate dean for academic affairs at the University of California, San Francisco School of Medicine (UCSF).  As her term draws to a close, Dr Binder met with Psychiatry Advisor at the 2016 Annual Meeting to look back on the past year and to share some of her plans for the future.

Psychiatry Advisor:  Dr Binder, how did you deal with the complexity of the issues facing the APA?

Renee Binder, MD:  It is a crucial time for the APA, as well as for psychiatrists and our patients. Recent years have seen enactment of the Affordable Care Act, as well as the Mental Health Parity Act.  However, although we are decreasing the number of uninsured—and despite the fact that psychiatric illnesses are given parity with other medical illnesses—there are still many patients who do not have access to care.  One major challenge is that since enactment of the Parity Act, there has not been effective enforcement in many jurisdictions.  Our organization believes that mental health care is part of general health care, and that accessing mental health care is a right of every citizen. So, although there has been forward momentum, we still have a long way to go before everyone in the United States who needs to access to mental health care is able to do so.

Psychiatry Advisor:  In light of your expertise in criminalization of the mentally ill, research has shown that criminal behavior has a neurobiological basis, and there has been increased interest in the potential application of neuroscience to the judicial system.  What are your thoughts on the implications of applying neuroscience research for predicting criminal behavior?

Dr Binder:  First of all, we are not there yet.  There have been incredible scientific discoveries that enable us to visualize the brain and understand about pathways and some of the underpinnings of behavior.  On occasion, an article will be published that says, “You can tell if someone is lying by seeing what lights up in their brain.”  But it is not that simple.  There is currently no tool that meets the Daubert standard for use in the judicial system. This is a standard for evidence in federal legal proceedings that ensures that for something to be introduced into the courts—where the consequences of determining someone’s guilt or innocence are significant—it must have a very high standard of evidence.  Consider lying: many “lie detector tests” assume that when people lie, they get anxious.  Therefore, if a lie detector test is administered and the individual gets very anxious, one might think that he or she is lying.  But what must be recognized is that many people are anxious even when they are telling the truth. In addition, there are people who lie frequently without experiencing any anxiety at all about lying.  So, any test being used to detect the lying—whether it has something to do with the voice box or an increased level of sweating—would have no validity as the individual being tested is not experiencing anxiety.  Therefore, we have a long to go before we can use these tools in the judicial system.

Psychiatry Advisor: Do you believe that there is a place for neurobiological markers and genetics in potentially identifying people who might have a propensity for violent or aggressive behavior?

Dr Binder:  There is a lot of research trying to identify neurobiological markers for violent behavior.  My concern is that violence is caused by many different things and cannot be determined by neurobiological markers alone.  Violence could be influenced by an individual’s peer group; for example, if one is in a gang and other members are committing acts of violence, that individual may also commit violence just to establish memberhood within that gang.  There are also social and cultural factors—such as poverty or witnessing violence in your household—that must be considered.  Therefore, violent behavior is caused by many different things. 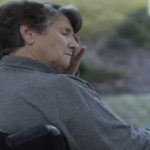 Prevalence of Pseudobulbar Affect in Patients With Dementia