ATLANTA, Georgia – Various research findings show a strong association between marital status and risk of alcohol use disorder (AUD). In one study, the frequency of alcohol consumption was 41% lower among married young adults compared with those who were single; other research found that single individuals were twice as likely as cohabiting adults to be diagnosed with alcoholism.1,2 A new study by researchers at Virginia Commonwealth University and Lund University in Sweden sheds light on the nature and potential causes of this link.3 Specifically, they used longitudinal design and co-relative analysis to investigate the association between first marriage and subsequent risk of onset of AUD in more than 3.2 million Swedish adults. Presence of AUD was identified using various medical, prescription, and criminal registries.

The results were published online in the American Journal of Psychiatry and presented at the 2016 Annual Meeting of the American Psychiatric Association (APA) in Atlanta, Georgia.

Of the total sample, 72,252 individuals met criteria for AUD, with a prevalence of 3.3% in men and 1.1% in women. The findings address 6 major aims that the researchers had in conducting the investigation. As with previous studies, they confirmed a strong link between marriage and AUD risk: Married men had a 60% lower risk than single men, and married women had a 71% lower risk than single women. Further analysis revealed that the association was not confounded by socioeconomic status, family history of AUD, or an early history of criminal activity or drug abuse.

With regard to their third aim, the researchers found that while marriage to a spouse without AUD was indeed protective, individuals married to a spouse with AUD had an increased risk of developing AUD themselves. This finding indicates that direct spousal interaction is more impactful than social role expectations, the authors note in their paper, perhaps because of spouses’ monitoring and attempts to control each other’s health-related behaviors.

Their fourth aim was to determine whether individuals with a family history of AUD had a different level of sensitivity to the protective effects of marriage against AUD risk. Interestingly, they found that the effect was stronger for those with a family history of AUD, which the authors note is in line with other findings. “Those at highest risk for alcohol problems appear to be the most likely to benefit from the protective effects of marriage,” they wrote.

Additionally, the researchers used co-relative design to determine whether the association might be explained by familial confounding factors. The results indicate this is not the case and suggest instead that “marriage is causally related to a reduction in risk for alcohol use disorder,” according to the paper. Finally, they explored potential sex differences with regard to the protective effect of marriage on AUD risk and did not find evidence of such variation. Taken together, the authors conclude that their results are “consistent with the hypothesis that the psychological and social aspects of marriage strongly protect against the development of alcohol use disorder.” 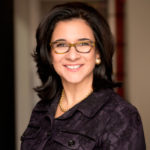