One of the most promising therapies to treat both conditions is known as Concurrent Treatment of Substance Use Disorders Using Prolonged Exposure (COPE), a 12-session program that combines cognitive-behavioral therapy for substance abuse and exposure therapy for PTSD. The latter involves exposing a patient to a feared context or object without any danger, in order to overcome anxiety.

In several trials, COPE has demonstrated symptom improvement in both conditions, according to Kathleen Brady, MD, PhD, a professor in the Department of Psychiatry and Behavioral Sciences at the Medical University of South Carolina. In one study conducted at the University of New South Wales in Australia, the mean Clinician-Administered PTSD Score (CAPS), a standard measurement of PTSD severity, in patients treated with COPE went from 91.1 to 50.2 in nine months.

But, “not all patients [respond] to exposure therapy, especially those in the throes of” severe addiction, Brady said during a symposium on alcohol-use disorders and PTSD at the American Psychiatric Association Annual Meeting here.

Brady also outlined several recent trials looking at medications to treat both disorders. In one recent study, clonidine-treated patients were found to have a longer time to relapse, had more consecutive days of abstinence from substance use and had their daily stress decoupled from cravings compared to those on placebo

In another study involving doxazocin and prazosin, both anti-hypertensives, the drugs were found to improve sleep and reduces nightmares in PTSD. And pilot data indicates that the medications decreased alcohol use.

Brady herself has been investigating the compound N-acetylcysteine (N-Ac), which modulates glutamate, a neurotransmitter that is also involved in conditioned learning, a major factor influencing PTSD and addictions. In a study that is currently in press, she randomized 35 military veterans to receive either 2400mg/day of N-Ac or placebo.

Those in the N-Ac group saw a dramatic decrease in PTSD symptoms, particularly after three weeks, according to Brady. She also said there were decreases in cravings for alcohol. Improvements were also seen based on the Beck Depression Inventory.

An older study from 2005 Brady cited found that the selective serotonin reuptake inhibitor sertraline (Zoloft) was effective in treating PTSD symptoms. But while the drug reduced alcohol use in victims of early trauma, there was an increase in alcohol-use in those with early-onset drinking.

While research is still ongoing in treating patients with both conditions, Brady said that the ultimate goal is to find “which treatment for which patients at what point in their illness,” works best.

Brady K. New Developments in the Treatment of Co-occurring PTSD and Alcohol Use Disorders. Presentation at: APA 2015. May 16-20, 2015; Toronto, Canada. 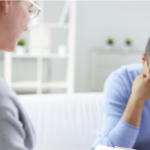