WASHINGTON — A saliva test successfully predicted whether patients had Alzheimer’s disease, mild cognitive impairment (MCI), or normal cognitive aging, suggesting to researchers that it may hold promise and have implications for future Alzheimer’s research. The early results of the study were presented at the Alzheimer’s Association International Conference here.

In the study, Shraddha Sapkota, MSc, of the University of Alberta, Canada, and colleagues aimed to fully discriminate between Alzheimer’s disease, MCI, and normal cognitive aging based on metabolomic signatures; determine the top discriminative metabolites; and evaluate these metabolites as biomarkers for predicting neurocognitive performance.

The investigators obtained saliva samples, cognitive data, and clinical diagnoses from participants in the Victoria Longitudinal Study, which is a large, long-term study on human aging. In all, the analysis included 109 patients, which the researchers separated into two samples.

The first was the discovery sample, which featured 35 patients in the normal aging arm (25 patients with MCI and 22 with Alzheimer’s disease), and the second was the validation sample, which included 10 patients in the normal aging group (10 patients with MCI and seven with Alzheimer’s disease). Liquid chromatography-mass spectrometry was used to analyze the saliva samples and detect the substances that were predominant in the saliva of the individuals depending on their diagnosis.

According to results, researchers detected 1,515 metabolites in each pairwise comparison. After linking data back to each patient’s clinical diagnosis, researchers observed a strong link between certain substances and a person’s cognitive abilities.

In addition, the Tyr-Asn-Ser metabolite (AUC=0.826) was upregulated in patients with Alzheimer’s disease and higher levels of the metabolite predicted slower neurocognitive speed in that study population.

“Saliva is easily obtained, safe and affordable, and has promising potential for predicting and tracking cognitive decline, but we’re in the very early stages of this work and much more research is needed,” Sapkota said in a press release. “Equally important is the possibility of using saliva to find targets for treatment to address the metabolic component of Alzheimer’s, which is still not well understood. This study brings us closer to solving that mystery.” 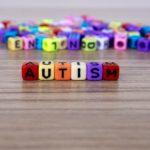 Estimated 2.5 Percent of US Children Diagnosed With Autism