WASHINGTON —  More than 75% of patients with dementia who are treated with an antipsychotic medications are also given at least one other psychotropic drug, based on a study conducted in Denmark

Ane Norgaard Christensen, MD, of the Danish Dementia Research Centre, Rigshospitalet, Denmark, and colleagues conducted a nationwide register-based study to examine the prevalence and predictors of psychotropic polypharmacy in Danish patients with dementia. A total of 34,553 patients with dementia were identified in 2012.

They added that the use of antipsychotics, along with psychotropic polypharmacy “is potentially a serious concern for patient safety,” according to a poster presentation at the Alzheimer’s Association International Conference 2015.

Just over 25% of patients with dementia took medications from at least two different psychotropic drug classes (antipsychotics, anxiolytics, hypotics, and antidepressants). Also, patients who were younger, female, resided in nursing homes, took other medications and had a prior psychiatric diagnosis were more likely to be associated with psychotropic polypharmacy.

“The potential consequences for patients’ safety calls for further investigations,” the researchers concluded. 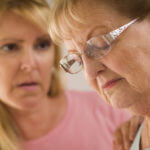