WASHINGTON — Between now and 2050, over 28 million baby boomers will be diagnosed with Alzheimer’s disease, and the cost to treat them will be staggering. They will account for almost one-quarter of all Medicare spending in 2040, based on results presented here at the Alzheimer’s Association International Conference 2015.

The estimated Medicare costs of caring for baby boomers with Alzheimer’s is projected to be $11.86 billion (in 2014 dollars), accounting for 2.1% of all Medicare spending. But by 2040 — when this population is between 76 and 94 years old  —  that figure is projected to jump to more than $328 billion, or 24.2% of Medicare spending, according to Lisa Alecxih, of the Lewin Group, Falls Church, Va.

“The findings of this new data analysis make it clear that the increased demand Alzheimer’s will place on the health and social services systems over the next two decades, coupled with the burden on those with the disease and their families, requires additional investment by the federal government,” Alecxih said in a statement.

Alzheimer’s Association Chief Science Officer Maria Carrillo, PhD, said that research into Alzheimer’s has been hampered by insufficient public funding. “If we’re going to change the current trajectory of the disease, we need consistent and meaningful investments in research from the federal government to ensure a more robust pipeline.”

Earlier this year, the association released a report that found that a treatment that delays Alzheimer’s onset would save $220 billion in health care costs within five years of it being on the market.

Alecxih L, et al. Abstract #6299.The Projected Impact of the Baby Boomers on the Trajectory of and Spending on Alzheimer’s Disease. Presented at: Alzheimer’s Association International Conference 2015; July 18-23, 2015; Washington, D.C. 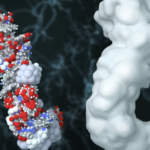