Potential links between neurocognitive deficits and emotion in bipolar disorder (BD) have begun to emerge, although there is no current evidence to support a shared pathology. A 2017 review by Lima, et al1 pointed to several studies that reported a correlation between lower performance on cognitive tests in patients diagnosed with BD. While cognitive deficits have been clearly observed during both manic and depressive phases of BD, research suggests that cognitive signs are significantly less prominent during periods of remission.2,3

According to Tamsyn E. Van Rheenen, PhD, NHMRC Peter Doherty Biomedical Research Fellow at the Melbourne Neuropsychiatry Centre, University of Melbourne in Australia, “It is well recognized that many people with bipolar disorder experience cognitive deficits at the same time as they experience depressive symptoms, although it is also clear that these deficits persist even when depressive symptoms have remitted.”

Patient-Reported Impact on Quality of Life

A study of individuals from Massachusetts General Hospital in Boston with BD1 by Peters, et al3 showed that patients were able to recognize cognitive deficits and their impact on quality of life (QoL) in ways that were not measurable on laboratory-based cognitive function tests.

Multiple cognitive domains appeared to be negatively affected during acute phases of BD, including attention, psychomotor speed, visuospatial abilities, executive function, decision-making, memory and learning, as well as emotion processing.3-6  In addition, symptoms of neurocognitive impairment persist during periods of emotional stability.7 The Peters study reported that the presence of mood symptoms specifically predicted dysfunction in attention and executive function skills, while mood severity predicted memory interference, all of which contributed to impaired function in daily activities.3

A 2014 study by Van Rheenen, et al8 examined patterns of dysfunction of social cognition and neurocognitive and evaluated 3 hypotheses that may help explain their role in BD:

Using a battery of tests in 51 patients with BD and 52 healthy controls, the Van Rheenen study8 directly evaluated these features and reported that neurocognitive deficits was predictive of emotional perception and theory of perception in BD, validating hypothesis 2.

At the same time, they found that variations in social and neurocognitive function in patients with BD compared with controls were regulated separately from the emotional component, challenging the validity of hypothesis 3. Likewise, there was no significant evidence of a shared pathway between cognition and emotional regulation that validated hypothesis 1.

Pharmacologic management of BD becomes more complicated in light of potentially overlapping neurocognitive symptoms and mood dysregulation. “Clinicians are becoming more knowledgeable that these deficits could hinder the development of an effective therapeutic relationship or the success of psychological treatment itself,” Dr. Van Rheenen said, adding that for these reasons, “There has been an increasing push to find pharmacological and psychological treatments to improve cognitive deficits for people with bipolar disorder in recent years. Previously it was assumed that by treating mood symptoms the associated cognitive deficits would be ameliorated.”

Dr. Van Rheenen has explored this convergence of cognition and emotional signs in BD across several studies.2,8 “A new awareness that cognitive deficits persist even when mood symptoms are adequately controlled has increased the research focus on finding adequate treatments for the cognitive deficits themselves,” she observed. “The research community is currently trying to understand whether cognitive treatments that have been used in other disorders can be adapted to treat bipolar disorder. At the moment there is ongoing research to refine the ways in which cognitive treatment is delivered and its effectiveness measured in clinical trials.”

The challenges to treatment are multifold. Peters and colleagues pointed out that heavy loads of psychotropic medications impair specific domains of cognitive function without affecting others — an area that needs to be further explored.3  Van Rheenen and colleagues concluded that their findings “highlight the importance of incorporating cognitive and emotion regulation assessments into clinical practice when working to reduce psychosocial dysfunction with patients diagnosed with BD.”2 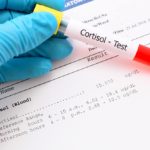