This study included 60 participants with bipolar I disorder (37 female and 23 male) and 30 healthy control participants. Using multivariate analysis of covariance, researchers identified a notable diagnosis by sex effect for visuospatial memory and paired associative learning among healthy controls. Healthy males performed better on these metrics than healthy females, but this effect was diminished among individuals with bipolar disorder. Baseline characteristics such as clinicodemographic qualities, status of medication, or present psychopathology were unlikely to account for this diagnosis-specific variation by sex, as they were not different across sexes.

Individuals in this study were not significantly different in terms of demographic and clinical qualities such as sex, education, and age. Most patients were on at least one psychotropic drug, with 90% of the population on mood stabilizers and 85% on antipsychotics during testing. The Cambridge neuropsychological test automated battery was used to assess cognitive performance, including spatial memory, executive functioning, and paired associative learning. A multivariate analysis of covariance was fitted to evaluate effects by sex, with analyses of covariance used for each neuropsychological test.

The study researchers conclude that “[a] diagnosis-specific sex effect for two separate tasks of visuospatial memory was found for the first time indicating that the sex-related variation observed in healthy subjects is disrupted in [bipolar disorder]. At a clinical level, our results suggest that cognitive remediation interventions for bipolar patients should probably place more emphasis on the enhancement of visual memory skills for men compared to women. …[Further] investigations are needed to elucidate potential pathophysiological mechanisms underlying this interaction.” 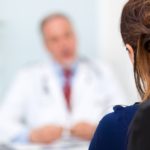 FAST Scores for Functioning Are Meaningful for Recovery in Bipolar Disorder