Proposed categorization of functional impairment (mild, moderate, severe) using the Functional Assessment Short Test (FAST) is clinically meaningful for recovery, remission, and improvement of patients with bipolar disorder and related conditions, according to a study published in the Journal of Affective Disorders.

This study sought to establish the FAST as a clinical measure of severity for functional impairment in bipolar disorder using Global Functioning Assessment (GAF) ratings as a reference for cut-off scores.

The study included 65 euthymic patients with bipolar I or II from the Hospital Clinic in Barcelona whose GAF scores were analyzed as dependent variables in estimating the FAST scale of functional impairment.

The Hamilton Depression Rating Scale and the Young Mania Rating Scale were used to measure depressive and manic symptoms; sociodemographic and clinical factors related to bipolar disorder were additionally assessed. Using GAF as the gold standard for measuring psychosocial functioning, cut-offs for severity were set as follows: 100 to 81, no impairment; 80 to 71, mild impairment; 70 to 51, moderate impairment; below 50, severe impairment.

Cut-off scores for the FAST scale came from the following equation: GAF score=91.41-1.031*FAST score. FAST scores from 0 to 11 were considered non-impaired, from 12 to 20 mildly impaired, from 21 to 40 moderately impaired, and scores above 40 signaled severe functional impairment. The moderate category in the FAST scale may be further divided into subcategories of mild to moderate (scores from 21 to 30) and moderate to severe (scores from 31 to 40). The severity graduations associated with FAST and GAF scores were found to be highly correlated (r=-0.89; P<.001); both scales correctly classified 76.9% of the study sample. Researchers attribute a range in variance in part to the difficult nature of measuring the psychosocial functioning construct.

A limitation of the study was the use of GAF as a gold standard for estimating FAST categories; in the absence of alternative scales, GAF is a clinically broad measure with no previously established cut-off scores. A small sample size also limited the study, and the presence of comorbidities and the influence of various medication used by the sample population were not assessed.

In differentiating categories of functional impairment, clinically meaningful cut-off scores of the FAST scale were 12, 20, and 40, representing mild, moderate, and severe cases of functional impairment. Categorizing patients in terms of graduation severity meets an unmet methodological need for studying variables associated with degree of functioning; it also offers clinical value when assessing treatments that focus on functional recovery. 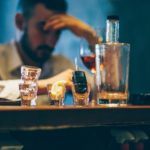 Comorbid Bipolar Disorder and Substance Abuse: A Challenge to Diagnose and Treat