Delayed sleep-wake phase disorder may be a predictor of relapse in euthymic patients with bipolar disorder, according to a prospective study recently published in the Journal of Clinical Psychiatry.1

Up to half of patients with bipolar disorder experience recurrence or relapse each year, despite adhering to treatment, thus calling for preventive strategies.2 Among previously identified factors found to predict such relapse are presence of residual depressive or manic symptoms at initial recovery, number of days of elevated mood in the preceding year, mixed urban/rural area living setting, and early age of onset.2-4 The presence of subsyndromal symptoms was also found to predict relapse/recurrence of bipolar disorder.5,6

Accumulating evidence indicates that dysregulation of the circadian rhythm is a frequent comorbidity of bipolar disorder.7 In a previous study, the authors of the current article found a prevalence of 32.4% for circadian rhythm sleep-wake disorder (CRSWD) in a cohort of 104 patients with bipolar disorder (vs 0.13% and 0.17% in the general population in Japan and Norway, respectively), leading them to speculate “that there are underlying common pathophysiological backgrounds between [bipolar disorder] and CRSWD.”8 In this follow-up study, the researchers sought to determine whether disruptions in an individual’s circadian rhythm would affect clinical outcomes in bipolar disorder (ie, relapse from euthymia).

They enrolled 104 euthymic patients meeting the Diagnostic and Statistical Manual of Mental Disorders, Fifth Revision, criteria for bipolar disorder I (n=40) or II (n=64) who visited Tokyo Medical Hospital, Japan, as outpatients between 2014 and 2015. Study participants had to be euthymic (ie, with a score <7 points on the Young Mania Rating Scale and a score <13 points on the Montgomery-Åsberg Depression Rating Scale [MADRS]) for >8 weeks at study initiation. Exclusion criteria included current affective episodes, substance abuse, and suicidal risk.

“[C]ircadian rhythm dysfunction, mainly delayed sleep-wake phase disorder, could be a significant predictor of relapse in [bipolar disorder] patients,” concluded the researchers, emphasizing the importance for clinicians to focus on such dysregulations when treating these patients. 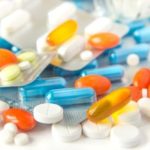