An estimated 1 in 5 women develop postpartum depression (PPD) and up to one-half of them may be misdiagnosed if they have unrecognized manic or hypomanic symptoms, suggests a synthesis of current evidence. A research review on bipolar postpartum depression suggests anywhere from 21% to 54% of women diagnosed with PPD meet Diagnostic and statistical Manual of Mental Disorders, 4th Edition (DSM-IV) criteria for bipolar disorder.

But screening should occur in the first 3 months postpartum, they wrote. It “may help to differentiate bipolar depression from unipolar depression and promotes the use of diagnosis-specific, evidence-based and individualized psychotherapeutic and pharmacological treatment interventions,” they continued.

Inadequate screening, poor awareness among clinicians and patients, and difficulty differentiating hypomanic symptoms from the joy of having a child all contribute to substantial underdiagnosis or misdiagnosis of postpartum bipolar disorder.

Their study synthesized the evidence identified across MEDLINE/PubMed, PsycINFO, EMBASE, and the Cochrane Database of Systematic Reviews but was not a formal systematic review, particularly given the paucity of research.

“A major impediment to research has to do with the nomenclature,” the authors wrote. “The term PPD is generic and simply signifies occurrence of a depressive episode after childbirth. Precise labeling of different types of PPD is necessary for risk assessment and choosing disorder-specific treatments.”

The implications of misdiagnosis are substantial, particularly considering the child’s health and safety and the importance of maternal-child bonding. Risk of hospitalization is up to 23-times greater within 30 days of delivery for women with bipolar PPD vs non-postpartum women with bipolar disorder.

“If somebody develops mania requiring hospitalization at a different time, the consequences are not the same as in the postpartum period when the mother is separated from the baby and put in the hospital,” Dr Sharma told Psychiatry Advisor.

Poorer maternal and infant outcomes — including preterm birth, cesarean delivery, gestational hypertension, antepartum hemorrhage, underweight newborns, and large-for-gestational-age newborns — also occur at higher rates in women with bipolar PPD. Suicide, the second leading cause of death in postpartum women, is another risk. Approximately 17% of women with major depressive disorder (MDD) or bipolar disorder II had thoughts of self-harm in one prospective study; suicidal ideation prevalence in the first postpartum year was 6.2%.

Although maternal PPD has been associated with long-term adverse effects on children’s social, emotional, cognitive, and physical development, long-term effects from bipolar PDD have not been studied.

Risk factors for bipolar PPD include being younger, having an unplanned pregnancy, having prenatal bipolar symptoms, having a family history of bipolar disorder, and having depression onset immediately after delivery. Among those whose first onset of depression occurred postpartum, bipolar PPD rates range from 15% to 50% in the literature, depending on diagnostic criteria.

“It really hasn’t been looked at, but clinically, I think things like sleep deprivation could play a big role,” Dr Sharma told Psychiatry Advisor. “When I treat these women and try to prevent the episode, sleep deprivation is of the most important symptoms we try to target.”

Clinicians should also suspect bipolar PPD in women who respond to antidepressants with mania, hypomania, or mixed depressive episodes, and those who respond poorly or rapidly.

Among the many screening tools for bipolar disorder, the Mood Disorder Questionnaire (MDQ) has the most evidence and requires only 5 minutes for patients to answer 15 items. The Hypomania Checklist-32 may also be helpful for bipolar PPD screening.

One US study involving more than 10,000 women at 4 to 6 weeks postpartum found that 22.6% of women with positive PPD screens on the Edinburgh Postnatal Depression Scale (EPDS) met DSM-IV criteria for bipolar disorder. Another study evaluated women receiving prenatal care with the EPDS and the MDQ: 21.4% of those with a positive PPD screen also had a positive MDQ screen.

Symptoms of bipolar PPD may be difficult to distinguish from other common postpartum characteristics. Common “baby blues,” for example, should not be mistaken for bipolar PPD, nor should grieving after a pregnancy loss or termination.

Yet the inevitable manic symptoms women experience in general after childbirth may be part of the normal postpartum joy of having a newborn or may indicate a mixed presentation of bipolar PPD.

“There are some women who will have onset of bipolar with incident depression in the postpartum period and it’s the first time they’re experiencing it,” Dr Sharma told Psychiatry Advisor. “There’s a possibility it’s just MDD, or it may be the onset of bipolar, and these women may develop hypomania or mania later on. This is the most challenging presentation, I think.”

Symptoms of postpartum thyroiditis may also overlap with bipolar PPD, and the American Thyroid Association recommends women with PPD undergo laboratory evaluation including thyroid stimulating hormone (TSH), free T4, and thyroid peroxidase antibodies. Finally, clinicians should be aware that comorbidities occur in just over one-quarter of women with bipolar PPD, most of which are anxiety disorders (85%).

There exists a lack of studies examining antidepressants in women with bipolar PPD. In fact, the only studies of bipolar PPD treatment are 2 small trials with quetiapine. Because antidepressants can induce mania in non-postpartum bipolar disorder, clinicians should use caution when considering prescribing them to women with MDD with mixed features, atypical features, a first-degree relative with bipolar disorder, or postpartum initial onset of MDD or early postpartum onset.

“There is a risk of destabilizing the condition using antidepressants,” Dr Sharma told Psychiatry Advisor. “You may increase the risk of mania, for example, or perhaps even psychosis.”

In the absence of controlled trials for treating acute bipolar PPD, Dr Sharma and colleagues recommend first-line monotherapy, such as lithium, quetiapine, or lamotrigine. If depression continues despite optimizing the mood stabilizer dose, they recommend adding another first-line drug before trying combination therapy. No studies on psychotherapy or psychosocial interventions exist for bipolar PPD, but their effectiveness with PPD suggest these modalities are worth exploring.

Lithium should only be considered in breastfeeding women if administered as monotherapy, the mother is stable, the infant is healthy, and a pediatrician monitors the infant’s serum lithium, TSH, blood urea nitrogen, and creatinine levels through 6 weeks of age. “It’s not that we can’t use lithium, it’s just that we have to be cautious,” Dr Sharma advised.

Although prevalence estimates of bipolar PPD vary considerably, all of them suggest a frequently overlooked diagnosis with significant negative effects unless women receive treatment. 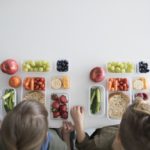