HealthDay News — New York City’s Mayor Eric Adams announced Thursday that the city has launched the first-of-their-kind mobile COVID-19 testing units that will also dispense the antiviral drug Paxlovid to those who test positive for the virus.

The “Test-to-Treat” program is part of federal and city efforts to catch and treat infections early and be ready for new waves of the pandemic. Health officials also want to expand access to Paxlovid, especially for people who do not have a regular doctor or insurance, The New York Times reported.

“New York City may have been at the epicenter of the pandemic at the start, but now we are leading the way in prevention and mitigation,” Adams said in his announcement. “By getting lifesaving medications into the hands of New Yorkers minutes after they test positive, we are once again leading the nation to quickly deliver accessible care to those who need it.” Adams, who took office in January, tested positive for the virus in April and has said that his infection was mild in part because he took Paxlovid.

White House COVID-19 Response Coordinator Ashish Jha, M.D., told The Times there had been a major increase in the use of Paxlovid across the country over the last three months, and that 240,000 new prescriptions were reported last week, the highest weekly total so far. But he noted that those who test positive in poor communities had not gotten antiviral treatments as often as people in wealthy communities had. “I love this idea,” Jha said of the New York City program. “You can go to people where they are. I expect this to go very well, and it will be a great model for the rest of the country to follow.”

The “Test-to-Treat” program was first announced by President Joe Biden in March. On Thursday, three mobile units were outside local drug stores in working-class neighborhoods, The Times reported. The number of sites will grow to more than 30 by the end of July. 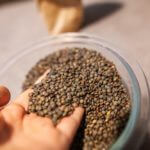