HealthDay News — About one in four Hispanic persons tested for HIV are aware of preexposure prophylaxis (PrEP) and about one in five of those eligible for referral are referred to PrEP providers, according to research published in the Oct. 8 issue of the U.S. Centers for Disease Control and Prevention Morbidity and Mortality Weekly Report.

“Low levels of PrEP awareness and referrals to PrEP providers among Hispanic persons in general and compared with non-Hispanic White persons suggest a need to identify and remove barriers to awareness of, referral to, and receipt of PrEP services,” the authors write. “Routinizing PrEP education and referrals, expanding coverage for PrEP medications, and implementing culturally and linguistically relevant strategies might improve optimal and equitable use of PrEP among Hispanic persons at risk for HIV infection.” 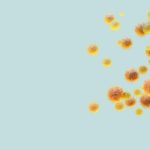 Ciclesonide May Be Promising Outpatient Therapy for Early COVID-19